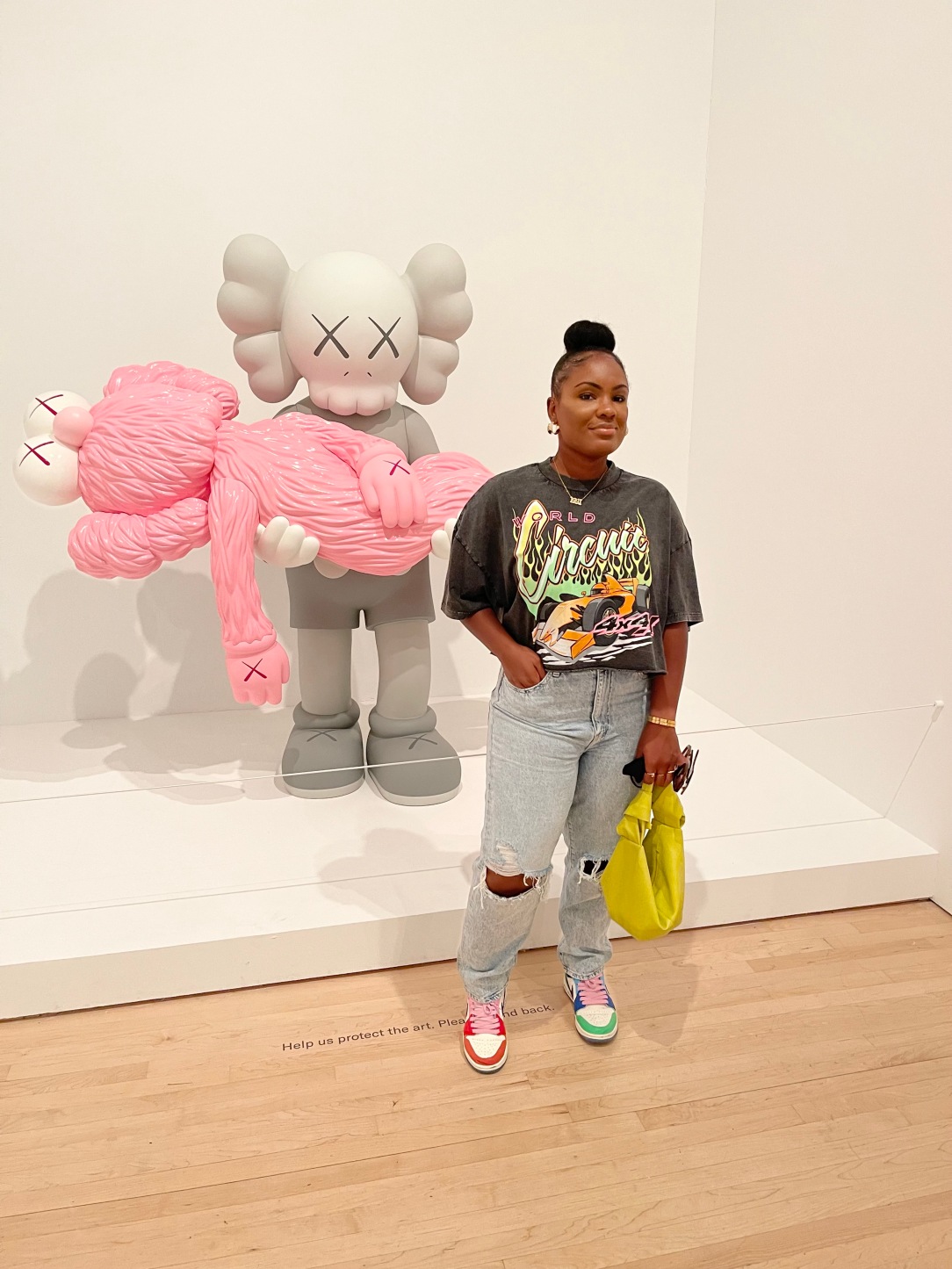 After seeing several photos on social media, I finally got the chance to check out the KAWS: WHAT PARTY exhibition at the Brooklyn Museum. And let me just say that pictures don’t do this exhibit any justice. I was in awe and completely stunned at how big the sculptures were. The creativity, the artwork… I could go on and on. But before I go in depth about my thoughts, let me give you a little backstory on how I came across KAWS. Earlier this year, I kept seeing tons of pictures of characters and figures with Xs for eyes. As time went on, the figures were being sold on StockX. Once they became available on StockX I just had to know the meaning behind the unique characters. I started to do my research and was surprised to learn so much about the artist, Brian Donnelly. Once I found out that his work was being displayed at the Brooklyn Museum, I had to make it a priority and visit his exhibit.

Born and raised in Jersey City, Donnelly began his career in 1990. KAWS initially started as a graffiti writer and would leave his mark on walls, freight trains and billboards. The early years of his career laid the foundation for much of his practice, which uses large-scale, bold gestures to make an impact on urban and natural landscapes. While taking classes at the School of Visual Arts in Manhattan, KAWS continued his takeovers of public spaces, illegally accessing advertisements from their castings. He would take them home and make alterations to the existing imagery by overlaying his logo – a skull and crossbones with Xs for eyes. In his signature style, KAWS has reworked several television and cartoon icons like, The Simpsons, the Smurfs, Mickey Mouse and SpongeBob Squarepants.

Donnelly chose the alias KAWS, because he liked the way the letters looked together. Art critics have continuously compared him to influential artists like Andy Warhol, Jean-Michel Basquiat and Keith Haring. His authenticity has led him to design toys and collaborate with several clothing brands such as, Nike, Comme des Garcons, Vans, Uniqlo, Original Fake, Undercover and Kung Faux. KAWS’ sculptures range in size from inches to ten meters tall and are made from various materials including wood, aluminum, fiberglass and bronze.

I highly recommend that everyone check out the KAWS: WHAT PARTY exhibition at the Brooklyn Museum. Don’t hesitate! The exhibition closes on September 5th. If you can’t make it in person, Brooklyn Museum is also offering virtual tours.

This was definitely one of the best exhibits that I have been to and I am not just saying that. From the displays, to the furniture and graffiti all of it blew me away and left me feeling so inspired. Learning more about Brian Donnelly and his journey made me realize that if you follow your dreams, you will succeed. KAWS has been featured in several museums all over the world, one of his figures is currently being displayed in Rockefeller Center and he caused the website for the Museum of Modern Art to crash after he released a few of his limited edition toys. If that’s not inspiration I don’t know what is. And not to mention his figures have been avidly collected by Swizz Beatz, Jay-Z and Pharrell Williams. KAWS is without a doubt an artist to keep an eye on. He is undeniably a major staple in pop culture. His creativity and catalogue is unlike anything I have ever seen before and that’s exactly why he will always be unforgettable. I can’t wait to see what he does next. Be sure to check out my instagram and TikTok, @sostylash for more KAWS content.